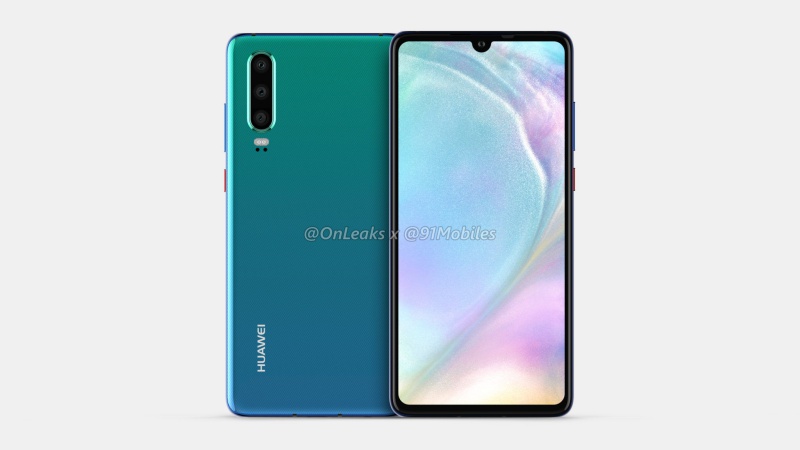 91Mobiles and prominent tipster @OnLeaks collaborated to publish purported renders and a 360-degree video of the Huawei P30 smartphone. As seen from the renders and video, the P30 comes in a greenish-blue gradient tone and you can certainly expect other hues to be in the lineup. The back of the P30 also seems to have a texturized finish similar to that of the Mate 20 Pro. 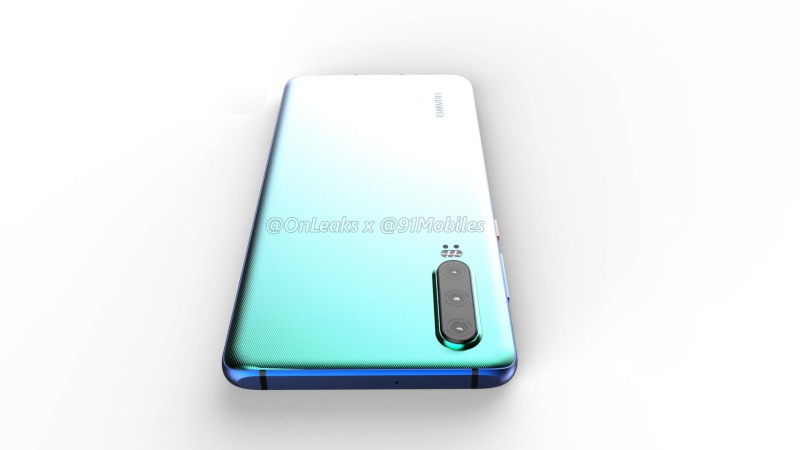 While the P30 Pro is rumored to come with four rear cameras, the P30 is seen with a triple-camera setup on the rear which has a dual-tone LED flash. There would be a 38MP RGB Sony sensor that is capable of 5x optical zoom. There is no physical fingerprint sensor at the front or the back, hence it's safe to assume that Huawei is adopting an in-display fingerprint sensor on the P30. Rumored specs of the P30 include a 6-inch OLED display with a water-drop notch design, USB Type-C port, a 3.5mm headphone jack, a 24MP front-facing camera, Kirin 980 processor, EMUI 9.0 based on Android 9.0 Pie, 6/8GB RAM and 128/256GB internal storage options.